Are Republicans really against abortion?

Well, let’s see. The republicans had a majority in congress for a full decade, they have had the White House for eight years and they have possessed a majority on the Supreme Court for as long as I can remember. And how much progress has been made on limiting abortion rights in this country? Almost none.

It occurs to me that as long as abortion is legal in this country, Republicans feel they never have to worry about whether or not Christians will vote for them. They pay the issue lip service and do nothing.

Saying the Republican establishment is against abortion is like saying the Democratic structure is against poverty. Deep down inside we know that each party needs their issue. It justifies their existence. It creates a disincentive to make any meaningful progress.

Good Lord, save us from these people.
Posted by George Welty at 1:56 AM No comments: 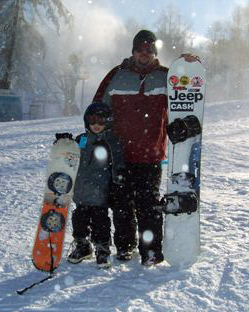 Posted by George Welty at 6:58 PM No comments:

Tonight was difficult for me. If you have ever been in my youth group please read the following letter that was delivered tonight during youth worship.

One time during one of my lessons Taylor described a characteristic of youth culture as being "uncomfortable in serious conversations." I thought this was an insightful comment. Sometimes we all feel awkward in those kinds of conversations. However, they are also sometimes necessary. Tonight is one of those conversations.

I ask you tonight to listen to all of what I have to say. At some point it may be easy to quit listening, but I want you to hang in there with me and listen to me from within. I have stood before you on many occasions and in many situations. I have talked to you about many topics, but this is truly one of the most difficult things I have ever had to say.

On Sunday morning I resigned as the youth minister at the Norway Avenue Church of Christ. Dana, Brendan and I will be moving to Memphis to begin work with another church.

Many hours of prayer and consideration have gone into this decision. It was made for a variety reasons, not all of which I can go into in this setting. I do want to let you know a few. In Memphis we will be less than two hours from both my parents and Dana's. As our parents and grandparents get older, it is becoming more important to us to be closer. We will also be working with the church where Grace, Austin, and Marion attend (Brendan's cousins). As difficult is this is for me to talk about, Dana and I have been unable to have another child, and these family relationships have become more and more important to us. There are other reasons as well. I feel that Dana and I will be leaving a great situation to work in another great situation. As time goes on I will answer any questions you have about all of this.

Now, this is the part I REALLY want you to listen to!

As we began this ministry over seven years ago I never imagined how much this group would change me. The group of young men and young women sitting in this room has made a huge difference in my life. As I watched you walk in tonight, I thought of all that I have learned from watching you. I have learned authentic worship. I have learned what it means to sacrifice on the mission field. I have learned about friendship, and I have learned how to follow God with emotional content. I have learned all of this from you. As I look back on my time here, it occurs to me that I could not hope to have taught you as much as you have taught me, and for that I am truly grateful. Thank you.

I also want to thank Bill who has given be sound guidance since day one, and the youth volunteers for making this ministry work. It is because of them that I feel the best days of this youth group are ahead, not behind. This group and this ministry has never been about me, and I am excited to see what God has in store for you.

We will not be leaving Huntington for at least a couple of months, as we try to sell our house and prepare the way for the move. Until then we will be full steam ahead for the Superbowl Party, Winterfest, the Ski Trip and other winter activities.

During the transition time I ask for your prayers, your patience, and your friendship. I plan on continuing that friendship for as long as you will allow. I am still close to many of the students with which I worked in Florida, and I see no reason for that to change with you after this transition.

Also, know that I am leaving a big piece of my heart in Huntington. I love you very much.

I know that there are some college students that are finding this out by reading this blog. I wish I could have told you in person.

I have loved my time at Norway Avenue - thank you to all of the students that have let me be a part of your lives. It has been my honor.
Posted by George Welty at 11:58 PM No comments: 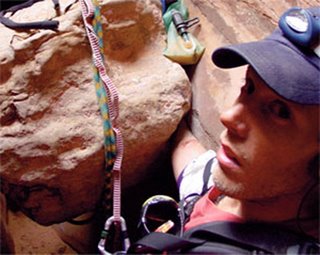 I just read "Between a Rock and a Hard Place" by Aron Ralston. This guy is an American hero. Everyone should read this story.
Posted by George Welty at 3:54 PM No comments:

BOYCOTTS, and other things that make Christians look stupid

Today my wife received two e-mails calling for boycotts. The first one is a letter written to Wal-Mart in reference to the “Big Box” retailer becoming part of the Gay/Lesbian Chamber of Commerce. The text of the letter reads as follows:

Thank you for your response to my comments. However, your message was very disturbing.

My family spends thousands of dollars at Wal-Mart every year. For years, we have purchased nearly everything we needed (food, clothes, house supplies, school supplies, entertainment items, etc.) at Wal-Mart. As of this moment, that type of reliance on Wal-Mart products will decrease significantly until Wal-Mart changes its current "commitment" to "advancing" the ungodly lifestyle of homosexuality.

You've never stopped homosexuals from coming into your stores and purchasing your products, but now you've crossed the line. It is one thing to sell products to homosexuals and give them adequate service, but it is entirely different to financially support their ungodly agenda. You have now thrust yourself into the Culture War...and are on the WRONG side.

As a concerned Christian and American, I will make it a point to let others know of your ungodly antics, beginning by copying this e-mail to more than 50 individuals. Who knows how many people they will forward it on to?

I beg you to change your ways, or risk losing your longtime support base--middle-class Americans (many who still care about conservative Christian values). There are a lot of Americans who'll never buy a Ford again (at least not until their support of the homosexual agenda ceases). I wonder how many will now cut back on Wal-Mart, too?

The second e-mail was protesting a Muslim Christmas Stamp. After giving several reasons that the USPS official stamp is a bad idea, it ends with this admonition:

REMEMBER to adamantly and vocally BOYCOTT this stamp when purchasing your stamps at the post office. To use this stamp would be a slap in the face to all those AMERICANS who died at the hands of those whom this stamp honors.

I’ve ALWAYS hated the idea of boycotts, but was never able to clearly articulate my reasoning until I read Velvet Elvis by Rob Bell. In this amazing little book Bell calls the followers of Christ to a new direction. So, let me suggest that in the face of sin and sinful times the Church must become a blessing machine

We reclaim the church as a blessing machine not only because that is what Jesus intended from the beginning but also because serving people is the only way their perceptions of church are ever going to change. This is why it is so toxic for the gospel when Christians picket and boycott and complain about how bad the world is. This behavior doesn't help. It makes it worse. It isn't the kind of voice Jesus wants his followers to have in the world. Why blame the dark for being dark? It is far more helpful to ask why the light isn't as bright as it could be.
- Rob Bell

Posted by George Welty at 5:53 PM No comments: 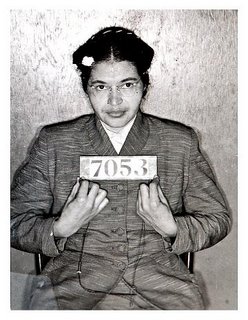 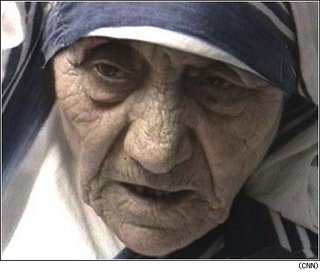 Posted by George Welty at 11:55 PM No comments:

George Welty
I am the husband of Dana, father of Brendan, and youth minister at the Church of Christ at White Station.